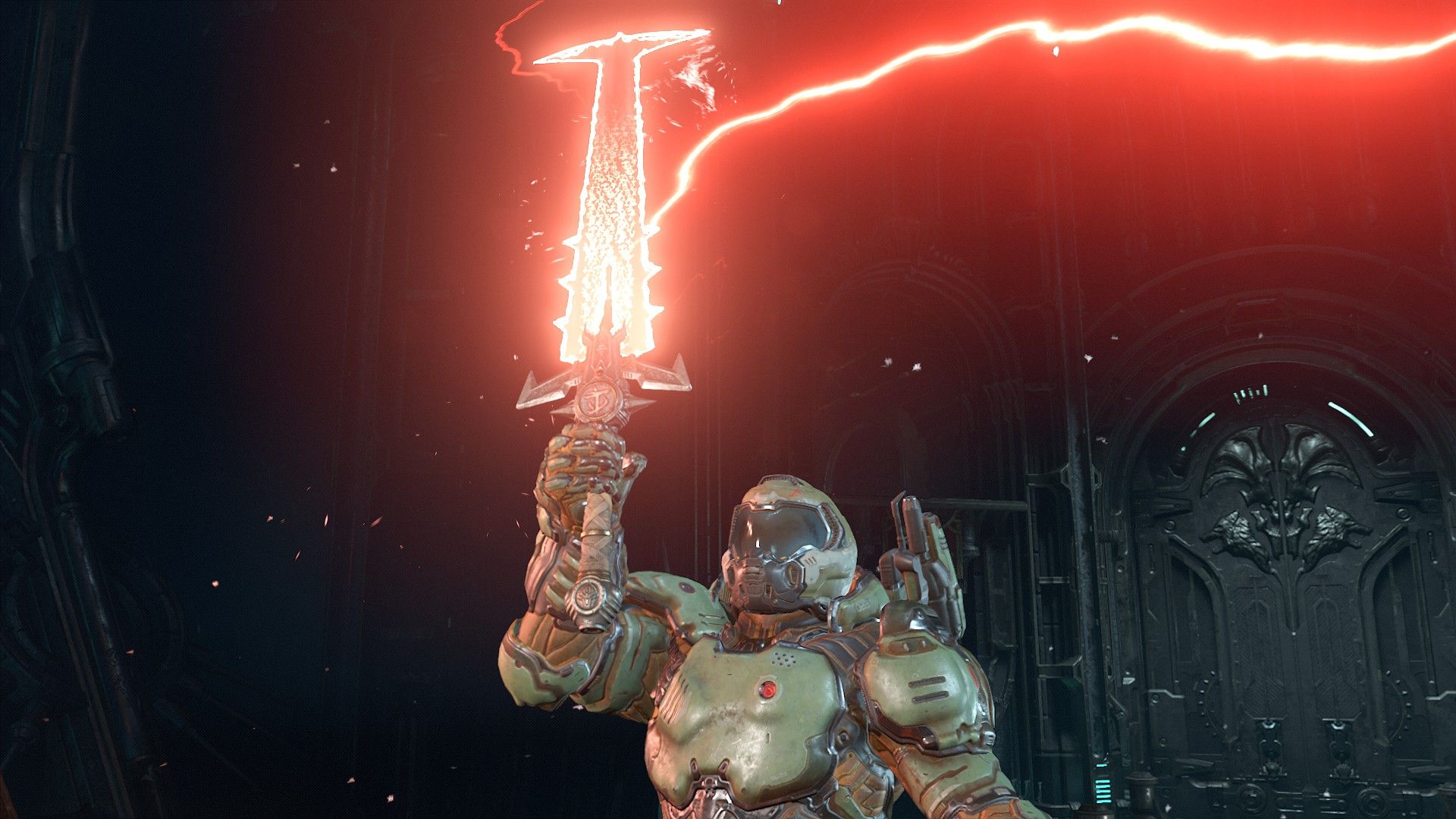 How to study hard gameplay and game design

When it comes to understanding game design and gameplay, these two categories are often difficult for outsiders to study objectively. This is why it is difficult to make a review of game systems like Elden Ring, Devil May Cry 5, and especially Doom Eternal. However, they go hand in hand when it comes to analyzing the difficulty of a game and it is very difficult to do something difficult.

Video game difficulty can mean different things to everyone. Some people can’t relax unless a game tests them in every way, and there are others who just want to skim through a game and treat it like a long movie or TV show. For games designed around reflex-driven gameplay, if you want the game to resonate with fans, there has to be meat on the bone of the gameplay for them.

Over the past few years, as the developers have continued their quest for Hollywood and “cinematic” experiences, the conflict between story and gameplay has grown. It can be trying to balance “gamey” elements with a serious story or wanting to engage both story fans and hardcore gameplay fans with a single title.

Developers who try to play it both ways tend to create a pervasive experience. Their “easy” mode has no gameplay, and the biggest challenge is a limit masochistic trial with no balancing attempt. I want to stop here for a second and say that if you’re designing a difficulty level so hard that your testers can’t complete it, nor any member of the design team, then maybe you’re not creating a fair difficulty and balanced.

As I’ve said many times before, there’s a difference between fair and hard difficulty and unfair and brutal difficulty. Games that get this right create a title that is challenging but still provides players with the means to achieve success in gameplay. If the only way to succeed is to break the game or use exploits to overcome challenges, then it’s designer failure.

Then there are people who will praise a game for its gameplay but only engage with it on the “Easy” or “Normal” settings. Another group of people will think that an unfair challenge is a badge of honor and that a game that doesn’t is “being dumb”. The problem is that if you want to test both the good and the bad of a game’s design, you have to stress test it with the gameplay.

For reflex-driven games, the only way to see the cracks and glitches in their gameplay is to push it as far as you can. For game reviewers, you can’t accurately rate a game on the quality of its gameplay if you play it on the simplest settings and never touch the hardest. For developers looking to study gameplay, playing on the hardest setting allows you to examine the following:

Challenge and difficulty are often thought of as one and the same thing, but you can create a challenging and not difficult game if you keep it balanced. Too many designers think of “hard” mode as shorthand for “unfair” – that everything has to be pushed so high that no one should be able to beat it. In the original Diablo 3 release, the designers stated that no member of the testing team was able to beat the game on the highest difficulty at the time. While that might sound like a great marketing pitch, and people raved about it at the time, it was later determined that the reason was that the game was fundamentally unbalanced with respect to the player, which led to the complete overhaul of version 1.04.

Elements that were annoying or frustrating on the lower difficulties become much more pronounced on the highest setting. God of War (2018) was celebrated by many for its story, but the gameplay at a fundamental level was deeply flawed with its gear ranking system and general approach to combat. Again, play the game on normal or lower and the combat is too fast, but the enemies are too weak for players to notice. Play harder and longer, and you can see how limited you really are in terms of survivability and the cracks in the design.

Good difficulty design is to start with a benchmark for the level you expect people to play the game at, and then push things higher and higher to accommodate different players.

It also means understanding what the pain points and difficulty curves in your game are, and what the best solutions are to minimize them. In Eternal destiny, the game’s difficulty settings do not change the pacing or any of the systems in it, but what they do is minimize enemy aggression and give the player a correspondingly higher chance of success. If you’re really good at the game, the way you approach challenges won’t change regardless of the difficulty level, and Doom Eternal is one of the few games that does a good job of challenging players to crank up the difficulty. if they wish or to lower it. back off if it’s too much.

One of the worst ways, in my opinion, to adjust the difficulty of a game is to adjust the stats. Many designers believe that if something takes longer to kill, or kills the player faster, then the game must be harder; conversely, if the player has more health and does more damage then the game is easier. Adjusting stats often makes a game feel longer than it should be, or harder for RPGs. Implementing new challenges, new, more difficult enemy variants, or simply modifying the game, are better options for difficulty settings.

The only exception to this rule are games inherently built on the importance of numbers, such as tactical strategy and SRPGs. In Firaxis’ XCOM games, changing an enemy’s health pool or the damage they deal by a few points drastically impacts your strategy and ability to fight them. For everything else, changing the numbers won’t fix your game’s design issues or UX issues.

Another reason you want to start with a benchmark is that it provides a good measure of how your different systems and options will perform with different difficulty levels. In the Astlibra Revision game, there are several difficulty levels ranging from super easy to very difficult. On the higher difficulties, the amount of grind stats to survive hits increases exponentially, and I had to use a high risk/high reward strategy to win. You don’t want options that work on lower difficulties to be useless on higher difficulties.

What is the right difficulty?

Good difficulty design is difficult (no pun intended) to discuss, as each player has their own skill levels and knowledge base when it comes to games. When I think of games that properly address difficulty, either implicitly or explicitly, it comes from two places.

First, difficulty shouldn’t be an objective measure of a game’s quality – you don’t mean that if someone isn’t playing normal or higher “then they’re not playing the real game”. Likewise, saying that your game is perfect for everyone because you have “story” and “hardcore” difficulty levels doesn’t work either. The best kind of balance is something where normal is your baseline, and you can use difficulties to segment or block certain aspects of player difficulty. This is often the reason why some of the most balanced difficulties are found in games that only have one difficulty level, but offer in-game ways to increase or decrease the challenge through actions. of the player.

Going back to Doom Eternal, it’s the point of having the same pace and experience on every difficulty but decreasing or increasing the safety net for the player respectively. If you want to play and enjoy the game, no matter how difficult, you need to learn the systems and the rules. For someone who understands everything and is starting to enjoy the game, it is free to increase the difficulty if they wish and lower it if a section proves too difficult. Remember that if your game has any weak points or poor design elements, they will not be erased based on the difficulty someone is playing.

The other aspect of a good difficulty is that the player has to control the difficulty of the game. This means that you want to avoid having aspects in your game that intentionally make things difficult that a player cannot accept or refuse. . Mechanics that punish a player for losing, but do not affect skilled players, are examples of this. If anyone wants to cut healing supplies or increase the cost of stores, you can have it as an option if they wantbut don’t make these modifiers the norm for everyone.

One of the good things about escalating difficulty systems, like Hades’ Pact of Pain, is that the player is the one who decides how difficult to create the game, not the designers. Players are much more accepting of difficulty if they are in control of it.

There’s one final point about “story mode” or just disabling game systems. I’m not a fan of this kind of balancing, as I feel like it’s become a crutch for designers. If someone can only play your game when different systems are off, it’s a designer’s failure to create good integration and use good UI/UX practices. Trying to make a game that everyone likes is often a wild ride, because no game will have 100% approval no matter what you do. Again, the best games come from having a well-defined core gameplay loop and then finding ways to make that accessible to more people. Finally, an easy mode doesn’t erase pain points or frustration, it just makes them harder to find and UI issues never go away.

When a game does its difficulty curve correctly, it leads to a better experience and lower churn rates. You want the player to understand why they lost, what they can do differently, and have want to to continue playing. Creating extreme challenges for your master players is perfectly fine, but you want to make sure that people who want that level of difficulty achieve it, and not people who are new to the genre for the first time.

Log in or become a SUPERJUMP member to join the conversation.

Explore game design and development at the Games && Symposium

Meet the game design grad who made the switch to fintech